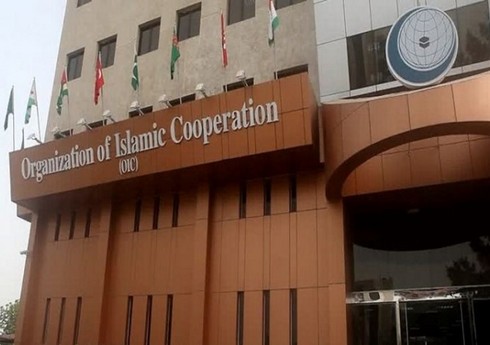 The Organization of Islamic Cooperation (OIC) condemned the provocation of the illegal armed forces of Armenia on August 3, which resulted in the martyrdom of an Azerbaijani soldier.

“Report”According to the news of the OIC, in its statement issued in this regard, according to the agreement reached between Azerbaijan, Armenia and Russia on November 10, 2020, the official Yerevan called on to fulfill its obligations and remove illegal armed groups from the territory of Azerbaijan.

In the statement, referring to the decision taken earlier at the 48th session of the OIC Foreign Ministers held in Islamabad, the capital of Pakistan, it is stated that the relations between Azerbaijan and Armenia were called to be recognized within the framework of mutual recognition, sovereignty, territorial integrity, internationally recognized borders.

The Ministry of Defense of Azerbaijan released information about the martyrdom of an Azerbaijani soldier as a result of firing by illegal Armenian armed forces on August 3. According to the information provided by the Ministry, the Armenian armed units in the area where the Russian peacekeepers are temporarily stationed fired intensively at the Azerbaijani positions in the territory of Lachin region.

The statement also expressed condolences to the family and relatives of Azerbaijani soldier Anar Kazimov, who was martyred during that provocation.

A picket was held in Stockholm, the capital of Sweden, as a protest against the provocations of the Armenian armed forces against Azerbaijan. Referring to ... Read More

NEWER POSTFarid Gayibov: “I am satisfied with the work of the federations”
OLDER POSTIn Islamia: Azerbaijani wrestlers won 7 more medals