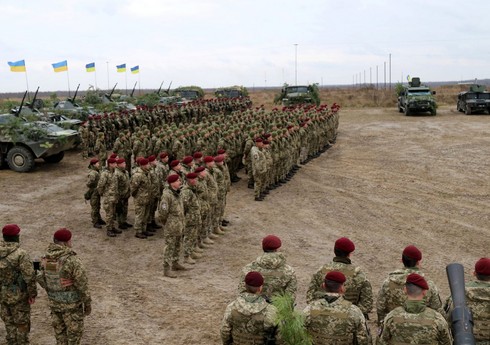 Norway will join a large-scale training program for the Ukrainian military in the UK.

“Report” informs with reference to UNIAN that this was stated by the Minister of Defense of Norway, Bern Aril Gram.

“Ukrainian forces are in serious need of additional training and education. Norway welcomes the British initiative to train Ukrainian soldiers in Great Britain. We, like some other countries, will send our instructors for initial military training,” Gram said.

It should be recalled that the program of Ukrainian military training in Britain was proposed by Prime Minister of Great Britain Boris Johnson to President of Ukraine Volodymyr Zelensky during his visit to Kyiv in June. Johnson noted that the British military can train up to 10,000 Ukrainian soldiers every 120 days.

Great Britain will allocate another 3 billion pounds aid package to Ukraine. "Report" informs about this with reference to "Sky News". According to the report, ... Read More

The US State Department has approved the possible sale of "Javelin" anti-tank missile complexes to Great Britain for $300 million. "Report" reports with reference to ... Read More

NEWER POSTFIFA postponed the start of the world championship to be held in Qatar
OLDER POSTIn Italy, West Nile virus infections have increased by 53 percent in the past week