New powers were given to the Ministry of Economy 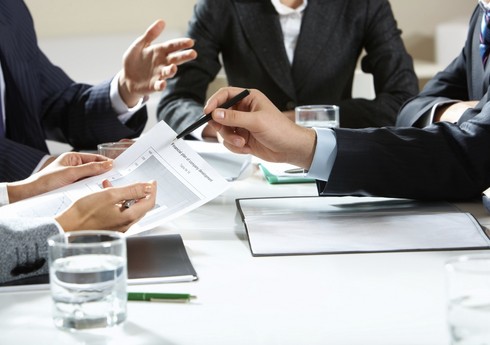 President Ilham Aliyev amended his decree dated November 24, 2010 “On the implementation of the law on the 2011 state budget”.

“Report” informs that according to the change, after the end of each quarter, the Ministry of Economy must analyze the tax calculations and payments of legal entities whose shares (shares) are more than 50% owned by the state, together with the relevant institutions, and take measures to ensure the payment of taxes to the state budget, and measures have been taken. must inform the president of the country about the work once a year.

In addition, the head of state also amended the decree dated September 12, 2017 “On additional measures related to the development of citrus fruits, tea and rice production”. According to the amendment, from now on, the Ministry of Economy should ensure the state registration of ownership and other property rights on the new plots of land used by economic entities engaged in the production of citrus fruits, tea and rice or to be used by them.

Janet Yellen: “The US economy is slowing down”

The American economy is slowing, but there are no signs of a recession. "Report" informs that US Finance Minister Janet Yellen said this. "The economy ... Read More

Investment in the economy of Azerbaijan increased by 7%

In January-August of this year, 9,117.0 million manats were allocated to fixed capital, or 6.9% more than in the corresponding period of 2021. “Report” informs ... Read More