“Neftchi” showed productivity in the championship after 9 years 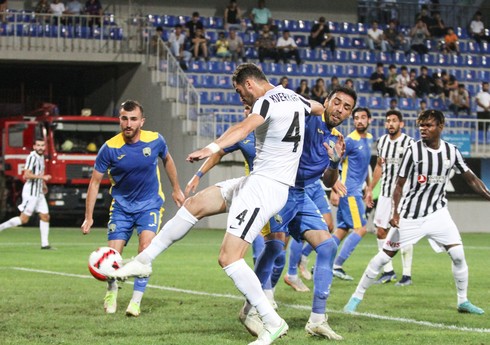 “Neftchi” scored 5 goals in one game after 9 years and 9 months in the Azerbaijan Premier League.

“Report” Referring to the official website of the Professional Football League, it is reported that the “black and white” beat “Kepaz” with a score of 5:2 in the second round.

After that game, the representative of the capital could not score more than 4 balls in one match.

It should be noted that “Neftchi” scored 5 or more goals in one match for the 53rd time in the history of Azerbaijan championships. This is a national record.

European championship: the opponents of Azerbaijani judokas have been determined

The draw for the European championship among young judokas, which will start on September 15 in Prague, the capital of the Czech Republic, has been ... Read More

The championship of Azerbaijan in weightlifting will be held

The Azerbaijani national team, consisting of under-18 basketball players, played its next game in the European youth championship organized in San Marino. "Report"According to the ... Read More