“Neftchi” scored the third goal in the game against “Aris”. 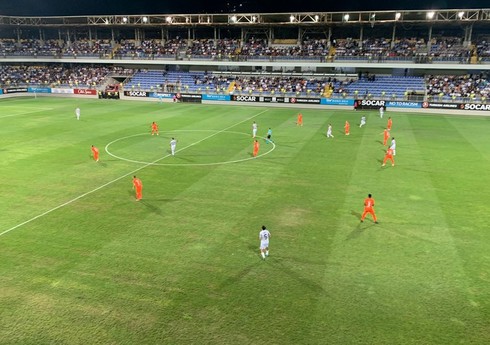 The third goal was scored in the return match of the second qualifying round of the UEFA Conference League held in Baku between “Neftchi” and “Aris” of Cyprus.

“Report”According to the information, “Neftchi” invited the guests to the center for the next time.

Kenny Sayef scored in the 62nd minute. The previous goals of “Whites” were scored by Godsway Donyo in the 38th minute and Eddy Israfilov in the 57th minute.

It should be noted that “Neftchi” lost to its opponent 0:2 in the match in Cyprus.

Head coach of “Rapid”: I am not very nervous before the game with “Neftchi”

"I am not very nervous before the game with Neftchi". "Report"According to the information of "Rapid" (Vienna), Ferdinand Feldhofer, the head coach of the team, ... Read More

An incident occurred in the opening match of the third round of the Azerbaijan Premier League between the team of the same name and "Sabail" ... Read More

NEWER POSTNeftchi’s opponent in the next round has been announced
OLDER POSTBefore the “Neftchi” – “Aris” match, the children of martyrs came to the field