“Neftchi” is preparing for the match with the Austrian club 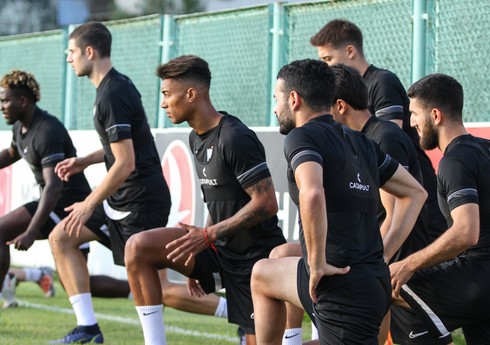 “Neftchi” is continuing its preparation for the return match of the third qualifying round of the UEFA Conference League, which it will play against “Rapid” (Vienna) in Austria.

“Report” referring to the club’s official website, it is reported that the “black and whites” resumed training at the “Turkish Airlines Football Center” after the match of the 1st round of the Azerbaijan Premier League, where they won against the team of the same name in Shamakhi with a score of 1:0.

Today, in the next preparatory process, which took place in the same place, mainly collective works were performed. New transfer Vato Arveladze and goalkeeper Agil Mammadov, who injured his nose in the match with Shamakhi, took part in the training.

It should be noted that the “Rapid” – “Neftchi” match, which will be held on August 11 at the Allianz stadium in Vienna, will start at 22:30 Baku time. In the first match in Baku, the representative of Azerbaijan won 2:1.

The new club of Uruguay national football player Luis Suarez, who left the Spanish "Atletico" (Madrid) team at the end of last season, has been ... Read More