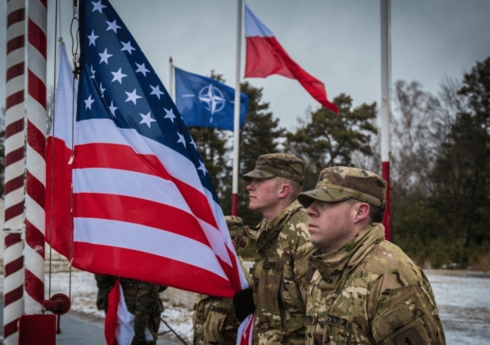 The main task of the NATO battle group in Romania, coordinated by France, is to provide deterrence.

According to him, the construction of the NATO battlegroup base in Chinku, which will house approximately 1,000 troops, should be completed by winter and work is proceeding according to schedule.

The publication said that there are about 750 French soldiers in Romania. They are divided into three groups, the largest of which is the NATO battle group in Chinku. For now, part of the servicemen included in it is in Chinku, and the other is in Mihail Kogalniceanu Air Base.

The second detachment of the Mamba medium-range air defense system is located in Kapu Midia (Constanta County) and has about 100 military personnel under NATO command. This army is building a base for the NATO battle group in Chinku. It is expected that the work will be completed in November of this year and the battle group will be fully staffed.

The first day of the battle: “We went at the enemy without reducing the pace of attack”

"I feel obliged to mention the name of Major Asim Ibishov. Thanks to his knowledge and bravery, we easily crossed the minefield with our units. ... Read More

The NATO battle group in Bulgaria will consist of 1,500 people

The NATO battle group in Bulgaria will consist of 1,500 people/ Report informs that Dimitar Stoyanov, Minister of Defense of the Technical Government of Bulgaria, ... Read More