Mikhail Boris: “We will play faster in the return match” 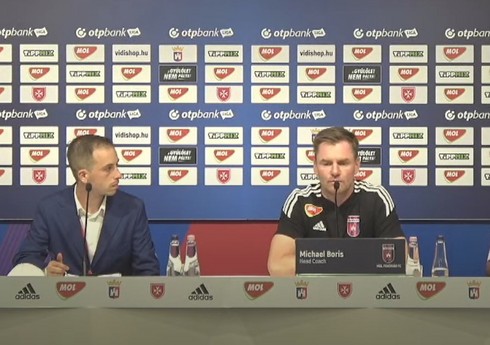 “The first 20 minutes didn’t go as we wanted. I couldn’t see a fast game. We had difficulties in some moments.”

“Report”According to the information, this was said by the head coach of the Hungarian “Fehervar” team, Michael Boris, at the press conference after the first match of the second qualifying round of the UEFA Conference League, where they won 4:1 at home against “Gabala”.

The 47-year-old expert said that his team found its game after the score was equalized: “I am satisfied with the result. But not everything is ideal in the game plan.”

He said that they will focus on the return match after that: “We will play faster on the trip. We will try to fight like we did in the last 20 minutes of today’s match. We will prepare for the return match tomorrow.”

It should be noted that the return match between the teams will be held on July 28 in Gabala.

The International Basketball Federation (FIBA) made a decision regarding the scandalous game of the group stage of the European Men's Championship between the national teams ... Read More

Another match of the III round will be held today in the Azerbaijan Premier Football League. According to "Report", the only match of the day ... Read More

NEWER POSTLukashenko: “Belarus plays a peacekeeping role in the conflict between Russia and Ukraine”
OLDER POSTThe Press Service of the Ministry of Foreign Affairs was awarded the “Akinchi” honorary award