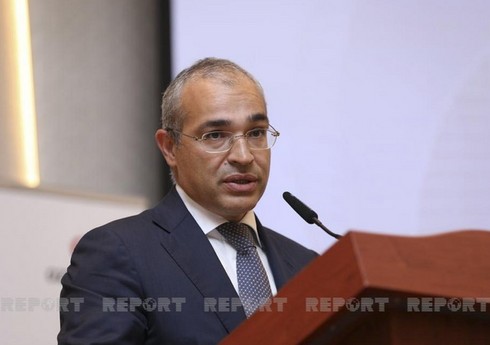 The growth rates shown by the economy of Azerbaijan in the first 6 months are encouraging.

“Report” reports that this was said by Economy Minister Mikayil Jabbarov.

According to him, in the first half of this year, the economy of Azerbaijan 6,2 %, and the non-oil sector 9,6 % increase is really a healthy economic growth: “Because we are witnessing a decrease in the forecasts regarding the growth rates of various economies during the year. However, in the case of Azerbaijan, this process is the opposite, and all leading rating agencies and world organizations increase these forecasts based on the rates demonstrated by the economy of Azerbaijan in the first 6 months.” .

This happens against the background of the increase in the price of both food products and energy carriers. These 2 factors are a process felt by consumers and citizens all over the world.”

He emphasized that all this was caused by factors such as the integrity and consistency of the steps taken by the government under the supervision of Mr. President during the pandemic, secondly by the results of economic and structural reforms, thirdly by factors such as the management of state-owned enterprises as a large block and the constantly improving business environment.

The Ministry of Foreign Affairs of Azerbaijan (MFA) congratulated France on the occasion of the National Day. “Report” reports that this was shared on the ... Read More