“Mercedes-Benz” will sell its plant in Russia 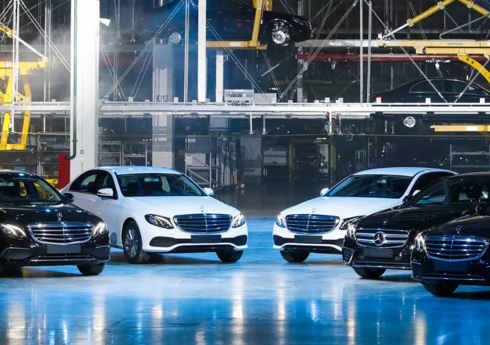 “Report” informs about this with reference to “Kommersant”.

It is noted that the buyer can be a Russian dealer of “Avtodom” company. “Mercedes” said that the company is considering various options for establishing business in the Russian Federation.

If the Russian company buys the plant, it will not be able to use it to assemble German cars, as this requires supplies from a large number of competent component manufacturers, which is impossible without the support of headquarters.

In the report of Mercedes-Benz for the second quarter, the risks of confiscation of its assets in Russia are noted, and the business loss in the passenger segment in the country in January-June is estimated at 658 million euros.

Within the framework of the "Regional Socio-Economic Development State Program", the construction of a water treatment plant and storage complex is nearing completion within the ... Read More

A narcotic plant was destroyed in Goychay

As a result of the "Kash-Kash-2022" complex operation-search and preventive measures conducted by the officers of the Goychay District Police Department, wild narcotic plants were ... Read More

Domestic waste and useless tires, 3 trees, and nearby flammable constructions of a fire pit with a total area of ​​8 m² were burned in ... Read More