Medvedev: “The current situation is much worse than the Cold War” 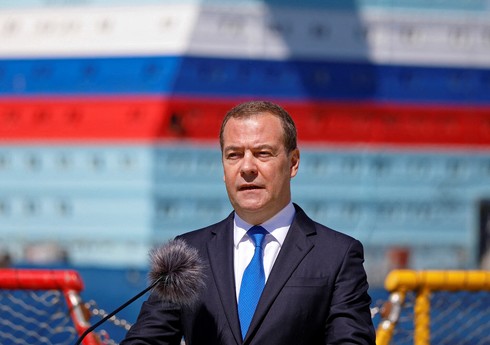 “The current situation seems more dangerous than during the Cold War.”

“Report” informs that this was written by the Deputy Chairman of the Russian Security Council, former President Dmitry Medvedev on the Telegram channel.

“I will mention it again. Now the situation is much worse than the cold war. Very bad! We are not guilty of this,” he wrote.

Medvedev stressed that the United States, as expected, will apply to Russia for the renewal of the START-3 Treaty on the Limitation of Strategic Offensive Weapons, which expires in 2026.

Vučić addressed the Serbs regarding the situation in Kosovo

Serbian President Aleksandar Vučić addressed the people regarding the situation in the north of Kosovo. About it “Report” "Courier"reports with reference to The politician said ... Read More

The situation at the Zaporizhia NPP is tense, there may be a forced evacuation

There may be a mandatory evacuation around the Zaporizhia Nuclear Power Plant (NPP). “Report” "RBK Ukraina" informs that this was said by the Minister of ... Read More

Ned Price: “US officials continue their meetings regarding the situation on the Azerbaijan-Armenia border”

Both US Secretary of State Anthony Blinken and relevant diplomats of the United States in the region continue their meetings with their interlocutors. “Report” it ... Read More

NEWER POSTBlinken discussed food security issues with the UN Secretary General
OLDER POSTA car crashed into a barrier in Goygol, and there are injuries