Media: “Turkey can create a new bank to work with the Mir system” 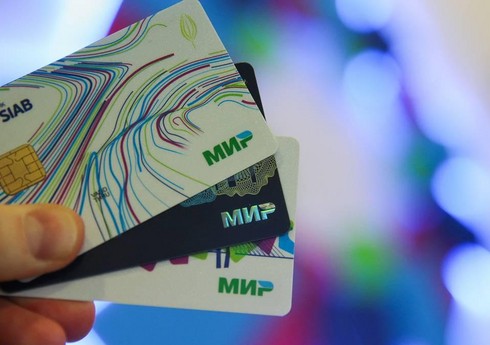 Turkey may create a new bank or settlement center to work with the cards of the Russian “Mir” payment system.

Referring to the Russian newspaper “Izvestia”, Report informs that the director of the Russia-Turkey Business Council Aleksey Yegarmin put forward this idea.

According to A. Yegarmi, Turkey is considering alternative options for conducting financial transactions with the “Mir” system, including the creation of a bank that does not depend on the pressure of US and European Union (EU) sanctions:

“Perhaps it will be a special bank, or a special system based on blockchain settlements or closed clearing. Perhaps a separate clearinghouse. We are looking for it and will present it in the next few days – this is Turkey’s position.”

It should be noted that Turkish private banks “Iş Bankası” and “Denizbank” announced on September 16 that they will stop accepting “Mir” cards after the US Treasury announced its intention to impose sanctions for supporting Russia’s attempts to expand the use of the payment system abroad.

Last week, Turkish President Recep Tayyip Erdogan instructed the relevant ministries to develop alternatives to the use of “Mir” cards in the country. This issue was discussed at the meeting of the government held on September 26, as well as at the meeting of the President with the heads of the Ministry of Finance, the Central Bank and leading local banks on September 23. No decision has been made regarding them.

The Turkey-Azerbaijan Preferential Trade Agreement (PTS) can expand market access for goods, but also cover other areas, such as the promotion of investments, job creation, ... Read More

“Rules for calculating bank capital and its adequacy” have changed

By Decision No. 32/1 of the Board of the Central Bank of the Republic of Azerbaijan dated August 1, 2022, changes in the "Rules for ... Read More

NEWER POST“Foreign Policy”: “Russia withdraws 80% of its troops on the border with Finland and the Baltic countries”
OLDER POSTIn Masalli, the car overturned into the canal and two people drowned