Mazahir Panahov: “The main issue is the determination of district borders” 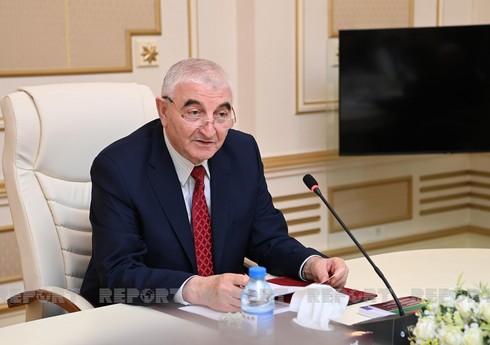 “The main issue for us is the determination of district borders. This is also a serious matter.”

“Report”according to the news, the chairman of the Central Election Commission (CEC) Mazahir Panahov said this at the commission’s meeting held today.

According to the chairman of the CEC, there may be problems related to the conflict of certain interests and the creation of new polling stations: “Because the population cannot be forced to vote in that polling station because of a newly created polling station. Therefore, if there is a possibility of problems in any places, it is necessary to start defining the district borders from there.”

Bilal Haye: “Azerbaijan takes a principled position on the issue of Jammu and Kashmir”

"Azerbaijan, having lived through the period of occupation and experience of its territories, understands Pakistan on the issue of Jammu and Kashmir." “Report” reports that ... Read More

Cavusoglu: “Diplomacy did not work on the Karabakh issue, the world kept Azerbaijan busy for years”

"Diplomacy did not work on the Karabakh issue. The international community kept Azerbaijan busy for years." “Report” reports that these were said by the Minister ... Read More