Macron and Johnson discussed military and economic aid to Ukraine 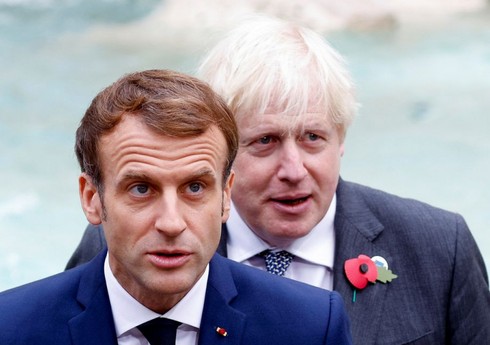 Report informs that this was stated in the statement issued by the Elysee Palace.

Discussing the food crisis in the background of the Ukraine conflict, the leaders expressed their support for Europe’s efforts to export grain by sea.

The parties also discussed the situation around Taiwan, noted the unity of the “G7” countries in this regard, and expressed common concern about China’s actions and the risk of unnecessary escalation. In addition, Johnson and Macron raised the issue of strengthening bilateral cooperation in order to fight against illegal migrants in the English Channel and holding a British-French summit soon.

The United States of America (US) will allocate a new package of military aid to Ukraine this week, including the HIMARS rocket launcher system and ... Read More

The United States intends to allocate a new military aid package worth 775 million dollars to Ukraine as soon as possible. "Report" reports with reference ... Read More