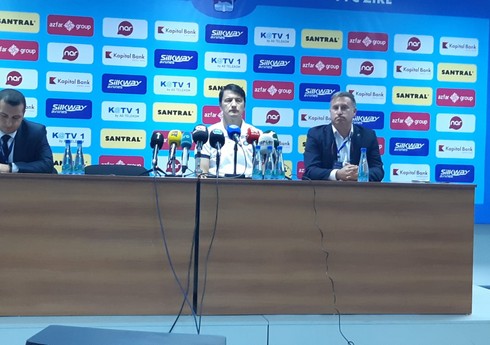 “We did not play fantastic football. We had to win. We did it. We are not in our peak form yet.”

“Report”According to the information of “Maccabi” (Tel Aviv), the head coach of the Israeli team, Vladimir Ivic, said this at the press conference after the first match of the second qualifying round of the UEFA Conference League, where they won 3:0 against “Zira” in Baku.

It should be noted that the return match will be played on July 28 in Tel Aviv.

The temporary head coach of “Kepaz” has been announced

The person who will temporarily perform the position of head coach in "Kepaz" club has been announced. "Report" Referring to the official website of the ... Read More