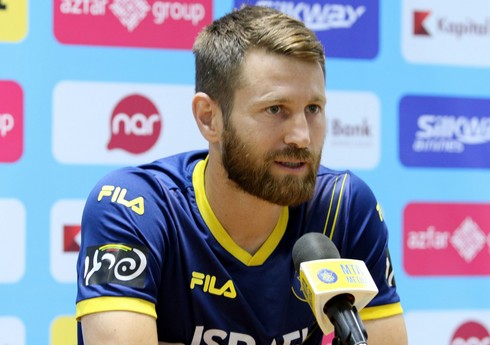 “This game is very important for us and we have to focus on one point”.

“Report”according to the information of Israel’s “Maccabi” (Tel Aviv) team Sheran Yeni said this at a press conference before the return match of the second qualifying round of the UEFA Conference League, which they will play at home against “Zira”.

The 36-year-old defender said that the Azerbaijani team has dangerous players: “We have analyzed the first game and we will correct our mistakes. This is an important match for our development both physically and tactically.”

It should be noted that the match to be played on July 28 at the “Bloomfield” stadium in Tel Aviv will start at 21:30 Baku time.

"The first half didn't go as we planned. We lost the ball, and our opponent showed aggressive football. Their counterattacks were dangerous." "Report"According to the ... Read More

A dangerous disease is spreading rapidly in Toronto

In Canada's largest city, Toronto, meningococcal infection has begun to spread rapidly. “Report” "CTV channel" informed about this with reference to a source in the ... Read More

Gurban Gurbanov: “Nantes” is the most dangerous team in the group”

"It was an interesting game. Even though we lost, we did not lose our confidence until the end and we fought well. The players are ... Read More