Liz Trass: “The conflict in Ukraine will end only with the withdrawal of Russian troops” 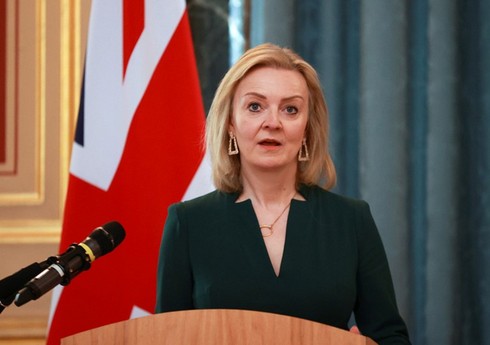 “The conflict can end only with the withdrawal of Russia from the territory of Ukraine.”

“Report” informs that this was said by British Foreign Minister Liz Truss.

The head of the Foreign Ministry said that official London should support the arming of Kiev. As prime minister, he has promised to continue tightening sanctions against Russia, as well as reducing dependence on Russian energy.

“We have participated in negotiations with our American, French and German colleagues, and we support the Ukrainians in this work. But ultimately, the question is what Ukrainians want to agree on. “I don’t want any pressure to give up the territories.”

Lukashenko: “Belarus plays a peacekeeping role in the conflict between Russia and Ukraine”

"Belarus plays a peacekeeping role in the conflict between Russia and Ukraine". "Report" reports that Belarusian President Alexander Lukashenko said this in an interview with ... Read More