Lithuania will send armored personnel carriers and ammunition to Ukraine 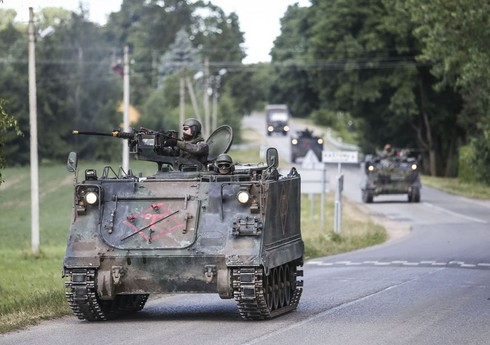 Lithuania will soon provide additional military support to Ukraine – M113 and M577 armored personnel carriers, as well as other ammunition.

Referring to foreign media, “Report” informs that the Ministry of Defense of Lithuania has released information about this.

According to Defense Minister Arvidas Anushauskas, “M113” is becoming an important part of the Armed Forces of Ukraine, and Lithuania makes an important contribution to it.

“Currently, Kyiv has submitted a request for the training of military police and demining specialists. The Lithuanian army will also contribute to the large-scale training of Ukrainian personnel in Great Britain by sending instructors,” A. Anushauskas said at a remote meeting of the NATO Support Coordination Group for Ukraine.

In total, Lithuania’s military aid to Ukraine is about 123 million euros.

Under the leadership of Muzaffar Supreme Commander-in-Chief Ilham Aliyev, radical reforms in the armed forces and great work done, as well as the joint effective ... Read More

NEWER POSTAzerbaijani clubs are starting to compete in the Conference League
OLDER POSTAnomalous heat in Portugal caused the death of 1,065 people