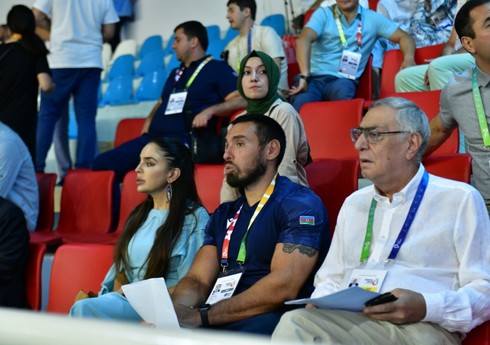 It is no coincidence that the games are held in Konya. The city of Konya, which has an ancient history, is also considered one of the important centers of Islamic civilization. The tomb of Jalaluddin Rumi, one of the great Sufi poets, is a shrine for hermits. In general, Konya has a harmonious spirit where different cultures come together.

It should be recalled that the 4th Islamic Solidarity Games held in Baku on May 12-22, 2017 demonstrated to the whole world that the Islamic world can be one and that thanks to the leadership of President Ilham Aliyev and the activities of First Vice-President and Chairman of the Organizing Committee Mehriban Aliyeva increases our strength. In “Baku-2017”, more than 3 thousand athletes from 54 countries competed for 269 sets of medals in 24 sports competitions. Azerbaijan, which participated in these Games with 425 athletes, won 162 medals (75 gold, 50 silver and 37 bronze). Turkey ranked second (195 medals), Iran third (98 medals), Uzbekistan fourth (63 medals), and Bahrain (21 medals) ranked fifth.

The match for the UEFA Super Cup was held in Helsinki, the capital of Finland. "Report"According to the information, the match played between the Spanish ... Read More