Last month, 61 people were detained in Sabunchu for drug, theft and robbery crimes

By employees of the Sabunchu District Police Department, regional police departments and divisions During the operations in the region in July, the total number of people involved in the illegal circulation and cultivation of drugs, committed a series of thefts, robberies, robberies and illegally possessed weapons 61 people kept.

About it “Report”a was informed by the Ministry of Internal Affairs.

It was reported that 40 of those persons were arrested as a result of the police operation related to drug crimes. Of the persons detained in relation to drugs 10 thousand 143 units wet weight 431 kilograms which is a narcotic hemp bush and 2 kilograms narcotics with highly effective properties were discovered.

During the operations carried out by the officers of the Sabunchu District Police Department during the mentioned period, they committed a series of thefts from houses and shops located in Balakhani, Zabrat, Bakikhanov, Mashtaga, Nardaran and other settlements. 12 people kept. These persons are located in those areas It was determined that they stole money and household items from 85 private houses and facilities. During the reporting period, 3 people who illegally kept weapons, robbery and robbery were arrested and brought under investigation in Sabunchu district.

In connection with all the discovered facts, criminal proceedings have been initiated in the Department’s Investigation Department, and investigations are ongoing.

Police officers continue to fight measures to determine the criminal connections of the detainees, as well as to arrest other persons involved in illegal drug trafficking in Sabunchu region. 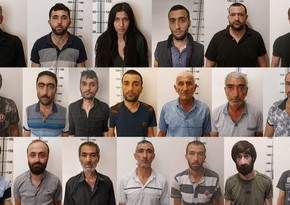 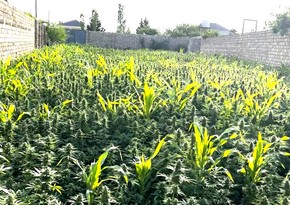 Military prosecutor: “The investigation into the crimes of the Armenian armed forces continues”

The investigation into the crimes of the Armenian armed forces against our people is ongoing. “Report” reports that Deputy Prosecutor General - Military Prosecutor of ... Read More

Under the leadership of Muzaffar Supreme Commander-in-Chief Ilham Aliyev, radical reforms in the armed forces and great work done, as well as the joint effective ... Read More

NEWER POSTA man was stabbed out of jealousy in Absheron
OLDER POSTHead coach of “Rapid”: I am not very nervous before the game with “Neftchi”