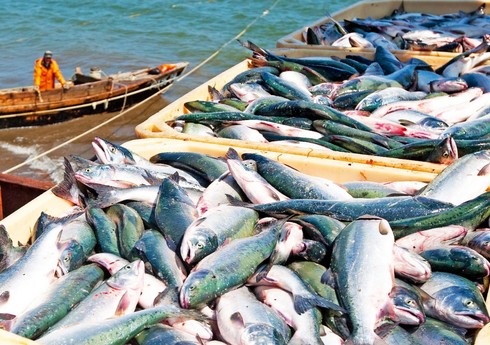 Due to the war in Ukraine, Kyrgyz fishermen started importing food from Europe through Georgia, Azerbaijan and Iran.

“Report” The Chairman of the Fishermen’s Association, Urmat Jumaliyev, informed about this, referring to the Kyrgyz press.

The problem of supplying fish feed to Kyrgyzstan has not been fully resolved. However, the removal of VAT on feed imports for fish farmers is supported.

According to him, the shortage of feed for fish from Europe was caused by the war in Ukraine. Due to high energy prices in Europe, the price of feed has increased. Our fishermen cannot compete with the producers of neighboring countries. Today, due to Russia’s war in Ukraine, it has become difficult to import food not only from the territories of the two countries, but also from Belarus. We have to pass everything through Georgia, Azerbaijan, and Iran. We travel through their territory, and this has a strong impact on the supply of logistics.”

However, U. Jumaliyev said that the emerging geopolitical tension had a positive effect on the creation of the domestic feed market: “I said that 2021We did not produce fodder in , but 2022already in 250 we have produced about a ton. Our farmers are still skeptical of local feed, but they are also improving through trial and error. This is not difficult to achieve, but if you take feed of European quality, it can be easily produced in Kyrgyz factories and will cost as much as in Europe. “Our farmers should think about supporting local producers for the same money.”

Azerbaijan has started selling kalaghay on “Amazon” and “eBay”.

"Azexport" portal operated by the Center for Analysis and Communication of Economic Reforms and "Azeripak" LLC, a subsidiary of "Azerbaijan Industry Corporation" OJSC, with the ... Read More

Azerbaijan won its seventh medal at the EYOF