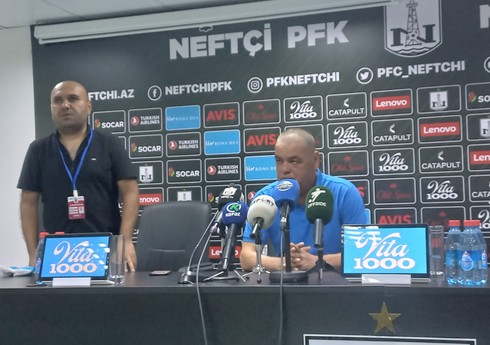 “We expected it to be a difficult game. We didn’t perform badly until the first goal. We intended to make certain changes in the second half and turn the match around. We lost because of defensive mistakes.”

“Report”According to the information of “Kepaz”, Yashar Vahabzadeh, head coach of “Kepaz” said this at the press conference after the second round game of the Azerbaijan Premier League, where they lost to “Neftchi” with a score of 2:5.

The 62-year-old specialist said that they wanted to defend: “We relied on counter-attacks. It is difficult to play open football with Neftchi”.

Vahapzade commented on the fans calling for his resignation: “It’s normal for the fans to call me to resign. I heard all the slogans. My ears hear well.”

The head coach said that psychological tension arose in the team after the first goal.

The head coach of “Nantes”: the trip to the game with “Qarabag” is very difficult.

Traveling for the game with "Qarabag" is very difficult. "Report"According to the information, the head coach of the French "Nantes" team, Antoine Comboire, said this ... Read More

NEWER POST13 terrorists were killed in Somalia
OLDER POST“Shamakhi” head coach: “The score is not that important for us”