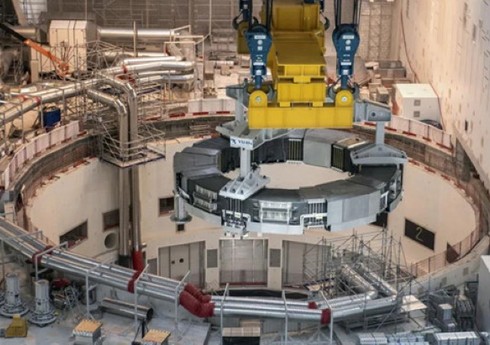 Japan’s government will explore the possibility of developing and building new reactors as the country seeks to avoid new strains on the power grid and limit dependence on energy imports.

Report informs that the Prime Minister of Japan, Fumio Kishida, stated this.

The head of the government said that Japan will restart 7 more nuclear reactors from the summer of 2023. Thus, the number of reactors brought back into operation after the accident at Fukushima-1 NPP will increase from 17 to 33.

At least 41 people were injured as a result of the typhoon "Nanmadol" raging on the Japanese island of Kushi and moving towards the northeast. ... Read More

North Korea launched a ballistic missile towards the Sea of ​​Japan. “Report” "Yonhap" agency reported on Thursday with reference to the South Korean army. It ... Read More

Japan and the United States are trying to arrange a summit between Prime Minister Fumio Kishida and President Joseph Biden in New York on September ... Read More

NEWER POSTMedia: “The Hague will ask for the temporary lifting of gas sanctions against Russia”
OLDER POSTThe Spanish parliament approved the plan to save gas