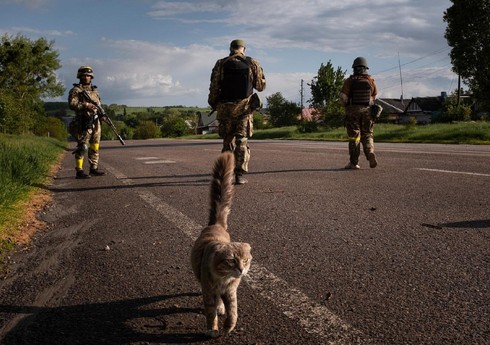 Almost a quarter of the missing Ukrainian soldiers are in captivity.

“Report” reports with reference to “RBC-Ukraine” that Oleg Kotenko, commissioner for missing persons in special circumstances, said this.

He noted that in July, the authorities announced that more than 7,000 Ukrainian servicemen were missing. A month after this statement, it became known how many of them were found in Russian captivity.

Kotenko said that they managed to find about 20-25% of the more than 7,000 missing servicemen. It was discovered that they were in Russian captivity, so now the number of missing persons has decreased.

The Armed Forces of Ukraine reported that about 2,000 of its servicemen were missing, but according to Kotenko, the rest of the missing were border guards, national guardsmen or members of the Security Service.

A large gas field has been discovered in Georgia

in Georgia 16 billion The existence of a natural gas field in the volume of cubic meters has been confirmed. “Report”the local office of the ... Read More

Defects were discovered in the factory of carbonated water and non-alcoholic beverages in Ganja. About it "Report"a was informed by the Food Safety Agency (AQTA). ... Read More