It is the anniversary of the Ballıgaya massacre committed by Armenians

It is the anniversary of the Ballıgaya massacre, which was committed by Armenian terrorist-bandit groups and went down in history as a bloody and merciless crime.

“Report” reminds that 30 years have passed since the massacre committed by Armenian armed forces against peaceful Azerbaijanis.

The tragedy remembered in history as Ballıgaya massacre happened on August 28, 1992, around 5 o’clock in the morning in Ballıgaya village of Goranboy district.

Balligaya massacre is one of the series of mass massacres committed by the Armenian armed forces in Garadaghli village of Khojavend, Khojaly city, Agdaban village of Kalbajar with the aim of compactly destroying the Azerbaijani population of Karabakh.

After the occupation of Lachin in the summer of 1992, the local population displaced from their homes was forced to settle in different regions of Azerbaijan. 6 families with close relatives settled in Ballıgaya territory, which is suitable for animal husbandry. Residents of Lachin district, who settled in tents in Ballıgaya village in August, also came here for the sole purpose of continuing animal husbandry.

However, they were brutally murdered on August 28. Thus, around 5 o’clock in the morning, a diversionary group of 10-12 members of the Armenian army entered the area and attacked innocent people with weapons. As a result, 24 civilians who had no weapons to defend themselves were mercilessly killed and 9 people were seriously injured. All those who were killed and seriously injured were civilians engaged in animal husbandry, herdsmen and their family members. 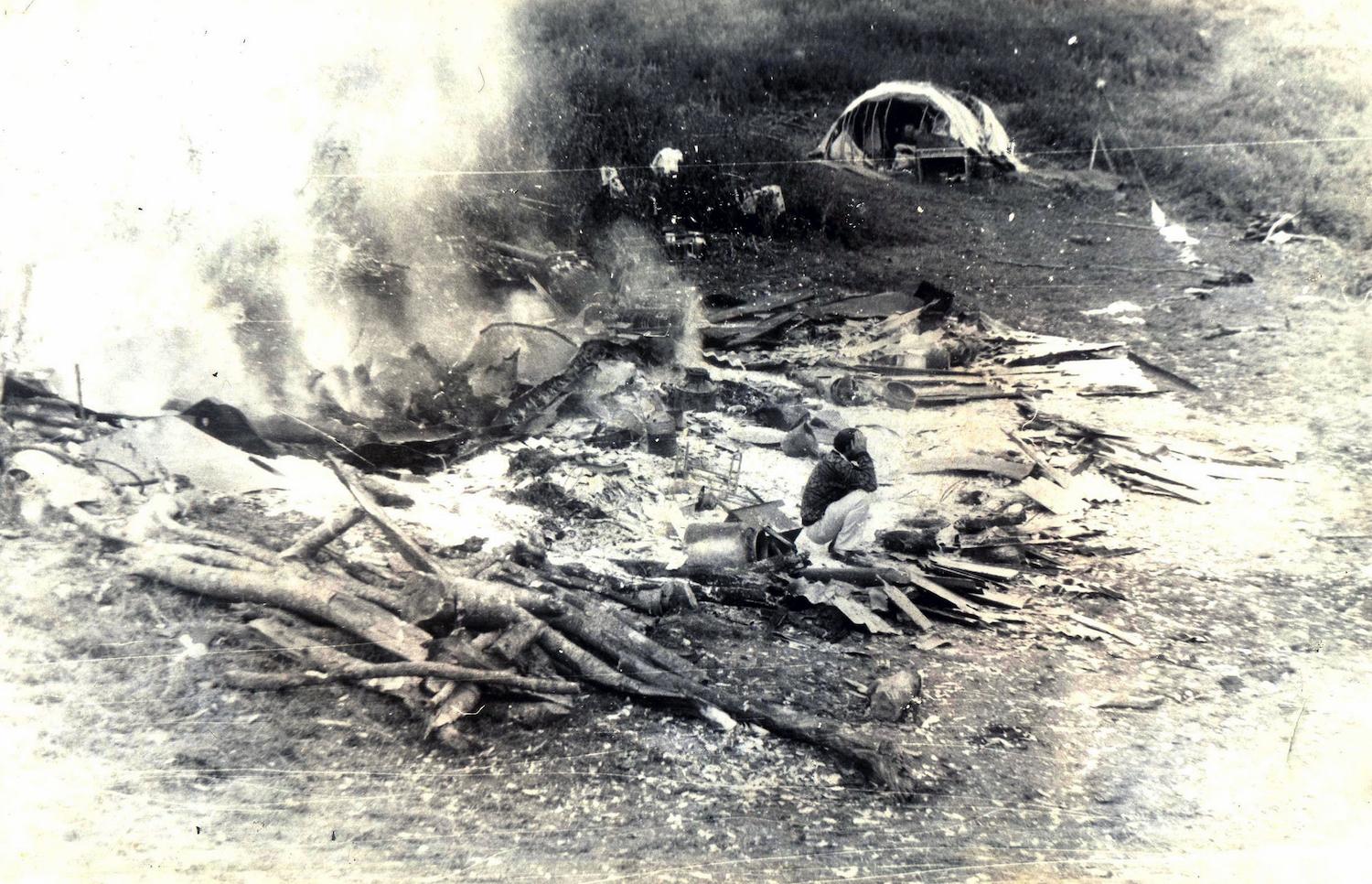 The occurrence of the tragedies in Ballıgaya, Garadağli, Khojaly and Agdaban once again shows that Armenians have been hostile to peaceful Azerbaijanis throughout history. These massacres committed by them against Azerbaijanis are etched in the bloody memory of Azerbaijan’s history.

All massacres committed by Armenians against Azerbaijanis were avenged one by one during the counter-offensive operations carried out by the Azerbaijani army starting from September 27, 2020. Under the leadership of the victorious Supreme Commander, President Ilham Aliyev, the brave Azerbaijan Army destroyed the enemy on the battlefield and achieved victory, as well as achieving this revenge. However, the Armenian armed forces continued their war crimes against the civilian population even during the days of the Patriotic War. The enemy, who could not stand up to the Azerbaijani soldiers, ran away from the battlefield and bombarded the cities and regions located in the front-line areas at that time, as well as those close to the front-line areas, with ballistic missiles. As a result of the bombing of the cities of Ganja and Barda by the enemy with ballistic missiles, the lives of many innocent people, minors and women were ended. Also, a large number of people, including children and women, were killed as a result of exposing the civilian population and infrastructure to shells and rocket fire in Mingachevir, Yevlakh, Naftalan, Goranboy, Tartar, Aghdam, Agjabadi and other cities and regions.

All this is the main principle of the ideology of Armenians – Armenian armed groups, who are hostile to peaceful Azerbaijanis. 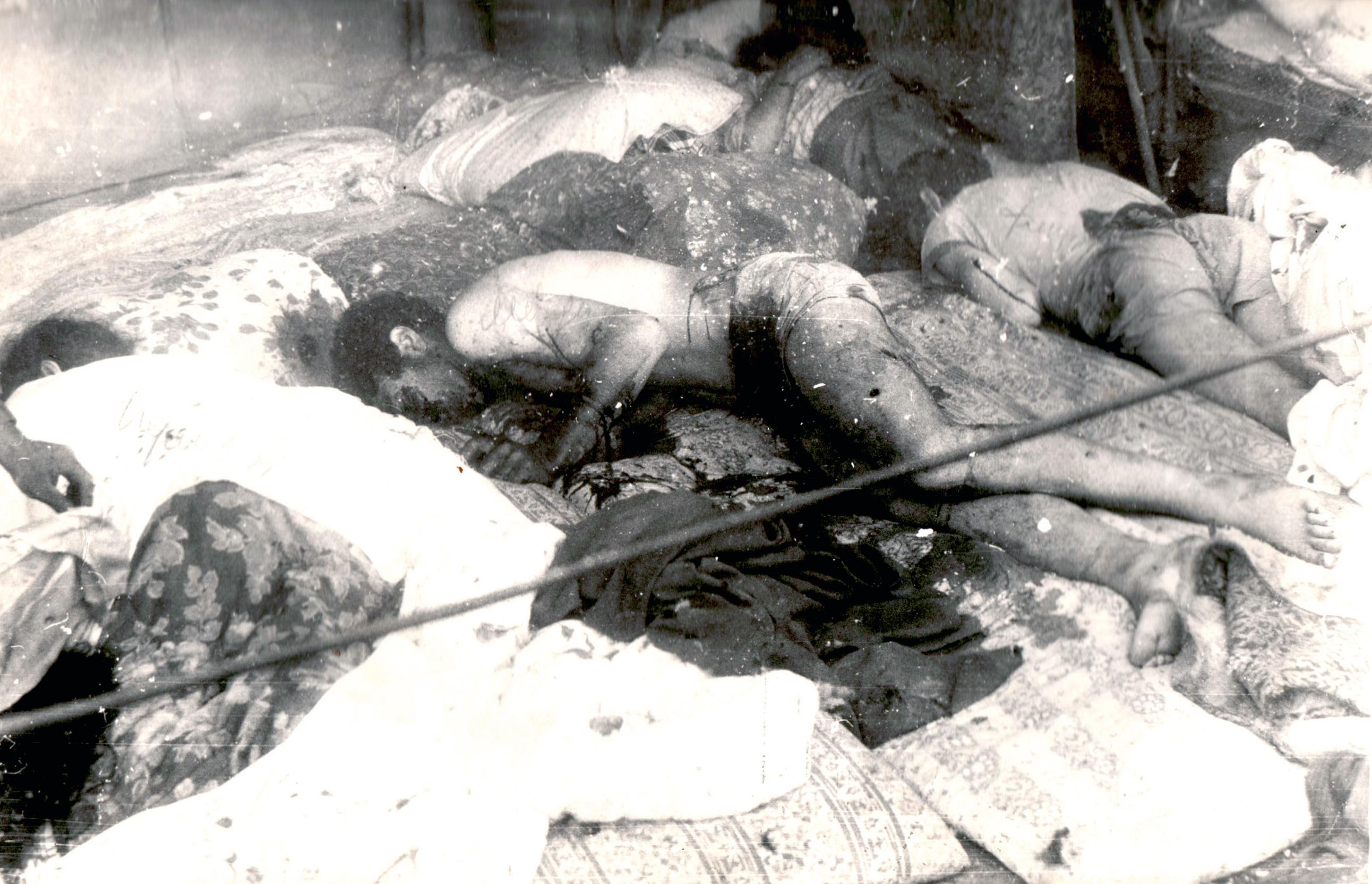 But this ideology of theirs and their invincible armies, which they tried to convince themselves by building on mythology, were also destroyed. It is thanks to the unity of the Azerbaijani people and the bravery of the Azerbaijani army, which is closely united around the resolute Supreme Commander-in-Chief. Thus, as a result of the measures implemented by the Azerbaijani army under the leadership of President Ilham Aliyev, our lands, which were under occupation for many years, were freed from the enemy. Thus, historical justice was restored and victory was won. Historically, Armenian militants and their remnants, who committed mass slaughter, massacre and genocide against Azerbaijanis, were destroyed on the spot on the battlefield. Despite the achieved victory, the people of Azerbaijan have never forgotten the mass massacres committed by Armenians.

President, Commander-in-Chief Ilham Aliyev has repeatedly stated in his speeches that none of these massacres directed against the people of Azerbaijan will be forgotten and that Armenia will be condemned to respond at the legal level.

We honor the memory of the innocent civilians killed in the Ballıgaya tragedy. Their names are listed below:

Appeals to international courts regarding the crimes of Armenians continue

Proceedings are being continued in the direction of applying to international courts regarding the crimes of Armenian usurpers. According to "Report", the Prosecutor General of ... Read More

The heroes of the September battles speak: “We taught the Armenians a good lesson” – REPORT

Among the soldiers of the heroic Azerbaijan Army, there are those who rose to the height of martyrdom while preventing the provocations committed by the ... Read More

Armenians will flock to the streets again

Protests against Prime Minister Nikol Pashinyan and his ruling team will be launched again in Armenia. About it “Report” He reports with reference to the ... Read More

NEWER POSTSpecial Representative of the President: “Iravan Khan’s result was in Fuzuli and Aghdam”
OLDER POSTIn Hajigabul, the car fell into a stream and the couple was injured