“Islamic Jihad” has agreed to a ceasefire in Gaza 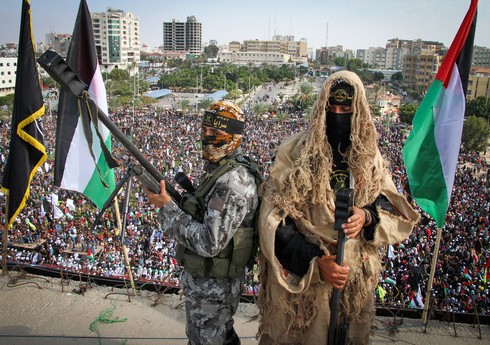 The “Islamic Jihad” group has agreed to a ceasefire with the Israel Defense Forces in the Gaza Strip.

About it “Report” He reports with reference to AFP.

It is reported that the Islamists issued a statement confirming their readiness for a ceasefire. It is expected to take effect today at 11:30 PM.

Earlier, sources in Egypt confirmed that Israel also agreed to the ceasefire.

It should be recalled that earlier it was announced that a ceasefire was expected at 20:00, but it became known that representatives of “Islamic Jihad” demanded additional guarantees from Egypt, which mediated the settlement.

The Israeli leadership noted that it does not see any reason to continue the operation in the Gaza Strip, because the goal of neutralizing high-level Islamists has already been achieved.

Tajikistan and Kyrgyzstan have agreed on the opening of roads

An agreement was reached between Tajikistan and the Kyrgyz Republic on the opening of roads closed during the recent conflict. "Report" Referring to TASS, Rajabboy ... Read More

The procedures for the operation of the grain export mechanism from Ukraine have been practically agreed. "Report" informs that this was said by the UN ... Read More

NEWER POSTThe cease-fire regime in Gaza will come into effect today
OLDER POSTMedia: No ceasefire has been reached in Gaza due to “Islamic Jihad”.