About it “Report”it was reported from the ministry.

According to the information, first the minister got acquainted with the conditions created in the administrative building and met with a group of Agrarian Development Volunteers participating in the provision of information consulting services to farmers.

The applications of 43 people were considered at the reception held with the participation of the heads of departments and subordinate institutions of the Ministry. They mainly applied for payment of subsidies, granting of loans to farmers on preferential terms, provision of agricultural equipment and farm water, provision of qualified employment and other issues. The Minister gave instructions for a comprehensive study of the raised issues and their resolution in a short period of time in accordance with the requirements of the legislation. Some of the appeals were resolved on the spot, and some of the issues raised were taken into custody for investigation. Applications that do not belong to the sphere of activity of the Ministry have been registered to be delivered to relevant institutions. The minister emphasized that the decrees signed by the head of state on the development of agriculture will improve the welfare of agricultural producers and promote the development of this field in our country.

Later, the Mobile Service Group of the Agrarian Services Agency under the ministry organized a mobile service for mechanics. Drivers’ licenses for driving tractors and other mechanical vehicles, which expired during the service, were replaced with new ones. “Mobile Service” group will continue its activities throughout the day. I.Karimov was interested in the process of organizing the mobile service, listened to the applications of mechanics and gave the necessary recommendations. 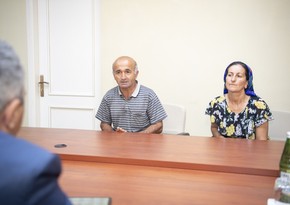 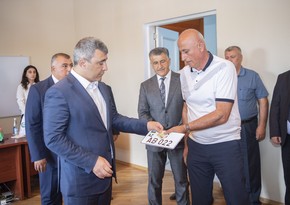 Czech citizens were detained in Albania

Four citizens of the Czech Republic were detained in Albania. "Report" informs that "Mlada fronta Dnes" newspaper published information about this. The reason for the ... Read More

NEWER POSTİKZF: “Citizens have fully accepted the rental housing mechanism”
OLDER POSTPresident of Turkey: “We coordinate every step regarding Syria with Russia”