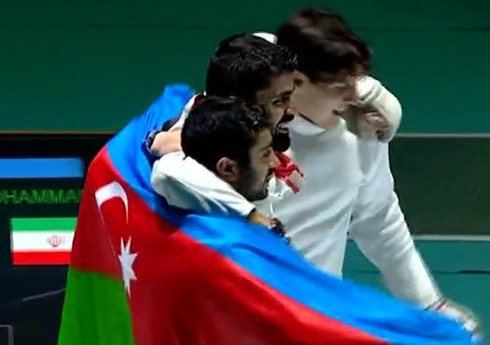 The team won the opponent with a score of 45:35 and climbed to the top of the podium.

It should be noted that earlier, the women’s national team of Azerbaijan was the winner of Islamiada.

"As you know, we filed an interstate complaint against Armenia on January 15, 2021. The complaint was submitted to the European Court of Human Rights ... Read More

NEWER POSTExpert: “Negative effects of the wheat crisis on Azerbaijan are inevitable”
OLDER POSTAFFA has found a new partner for national teams