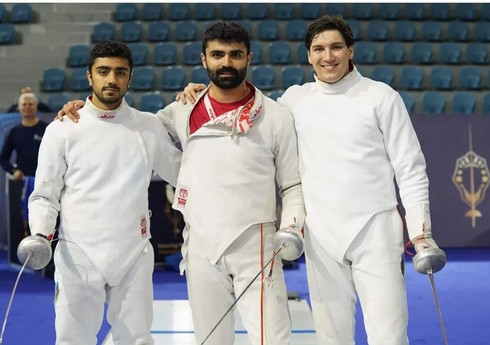 From the Azerbaijan Fencing Federation “Report”According to the information, the selection team consisting of Ruslan Hasanov, Kanan Aliyev and Barat Guliyev defeated the team representing the United Arab Emirates with a score of 45:33 in the 1/4 finals of the men’s epee team competition.

Our national team will face Uzbekistan in the semi-finals. The meeting will start at 11:30 Baku time.

The women's national team of Azerbaijan held its next match at the World Chess Olympiad held in Chennai, India. "Report"according to the information, the national ... Read More

"As you know, we filed an interstate complaint against Armenia on January 15, 2021. The complaint was submitted to the European Court of Human Rights ... Read More