In Hajigabul, the car fell into a stream and the couple was injured 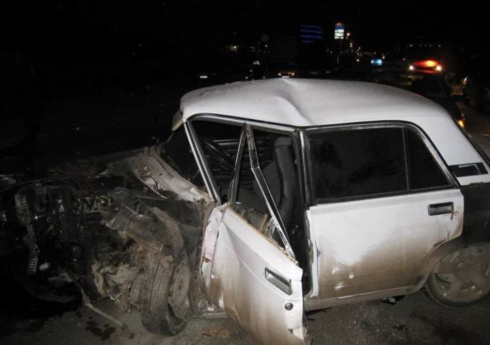 A couple was injured in a road accident in Hajigabul.

“Report”According to the information of the Aran Bureau, the incident was recorded in the evening in Agajanli village of the region. Thus, the “VAZ-2107” car went out of control and fell into the ravine on the side of the road.

As a result of the accident, the residents of the village, Abdinov Ilham Ibad oglu, born in 1984, and his wife, Abdinova Gulnar Amirkhan gizi, born in 1986, received various degrees of injuries.

The injured were taken to Shirvan City Central Hospital.

A 21-year-old boy was hit by a car in Absheron. "Report"According to the information, the incident was recorded in Masazır settlement. Sadigov Muzaffar Rulid, born ... Read More

A car carrying about 15 illegal migrants crashed near the Bulgarian city of Burgas. "Report" informs that the Bulgarian national television broadcasted information about this. ... Read More