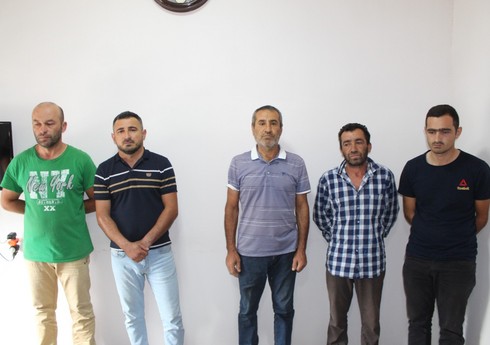 During the operations carried out by the officers of the Gakh District Police Department, 5 people involved in the illegal circulation of drugs were detained and brought to justice, and a total of about 10 kilograms of drugs were removed from circulation.

From the Sheki regional group of the Press Service of the Ministry of Internal Affairs “Report”According to the information provided, during the first operation, friends – Suleyman Muradov, a resident of the district, and Fariz Karimov, a resident of Zagatala, who was previously convicted, were detained.

More than 8 kilograms of dried marijuana was discovered when the bag carried by those persons was inspected. During the investigation, it was determined that the detained persons intend to sell the drug and divide the profits among themselves.

Khalis Rajabov, a resident of Zagatala city, was arrested as a result of the next operation conducted by the department’s Anti-Narcotics Group. During the inspection of the “VAZ-21011” car used by the taxi driver, about half a kilogram of marijuana was found in the vehicle.

As a result of other operational and search measures against the illegal circulation of narcotics, two more people – Abdul Tagızade and Elvin Abbasov – were detained. During the inspection of Abdul Taghizadeh, 12 grams and 335 grams of dried marijuana, which he hid on the side of the highway in the region, were discovered and taken away. 425 grams of marijuana were found in the cellophane bag carried by Elvin Abbasov.

Criminal cases related to the facts have been initiated, and whether the detained persons participated in other illegal acts is being investigated.

The person acquitted by the court was arrested

As previously reported, on 10.02.2022, the Barda district court acquitted the accused under Article 152.1 of the Criminal Code (having sexual relations with a person ... Read More