In Ecuador, the football player scored a goal from a distance of more than 70 meters 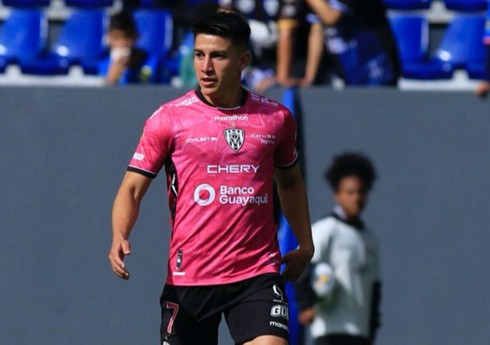 Fernando Gaybor, a football player of Ecuador’s “Independiente del Valle” club, scored a beautiful goal from their own part of the field.

“Report”according to the information, this happened in the national championship match where Gaybor’s team won against “Kumbaya” with a score of 2:0. In the 90th + 4th minute, the 31-year-old midfielder hit the ball after seeing the opponent’s goalkeeper take the lead. As a result, a goal was recorded from a distance of 70.9 meters. This is a new record in Ecuadorian football.

It should be noted that Fernando Gaybor entered the game later and remained on the field for only 27 minutes. The Ecuadorian football player was also booked with a yellow card during this period.

Conference League: The Turkish football player was nominated for the title of the best of the week

Candidates for the name of the best player of the week have been announced after the II round matches of the UEFA Conference League group ... Read More

According to the program of the "Sea Cup-2022" international competition organized in our country, a football competition was held between the participating teams."Report" Referring to ... Read More