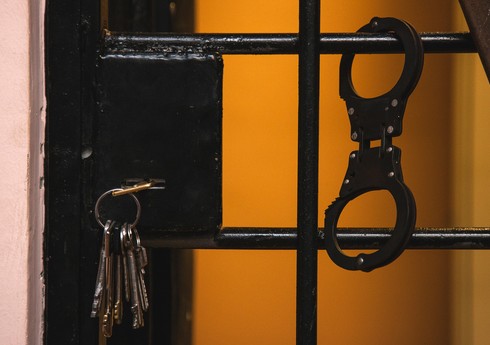 In Armenia, a 32-year-old man was arrested for fraudulently taking money intended for soldiers from citizens.

“Report” informs that the country’s Investigative Committee has released information about this.

It is reported that that person contacted a number of citizens between August 1, 2020 and September 4, 2021. He introduced himself as a journalist and an employee of various departments.

That person hid information about himself during telephone conversations. As a result, he received about 11 million drams (about 12 thousand US dollars) intended for soldiers serving in military units throughout the period.

Accusations of fraud and money laundering of the Criminal Code of Armenia have been brought against him.

"The information spread by the Armenian media about the alleged firing of the Russian Federal Security Service's deployment point in Armenia by the Azerbaijani Army ... Read More

The EU appealed to Azerbaijan and Armenia

The European Union (EU) calls on Armenia and Azerbaijan to immediately stop recent hostilities around the Lachin Corridor and contact line. “Report”according to the information ... Read More

There was an explosion in Armenia and there were injuries

There was an explosion in Armenia. About it “Report” reports with reference to the local press. According to information, the incident was recorded in "Surmalu" ... Read More

NEWER POSTThe production of agricultural products in Nakhchivan increased by 3.4 percent
OLDER POSTThe United States has given more than 10 billion dollars in military aid to Ukraine