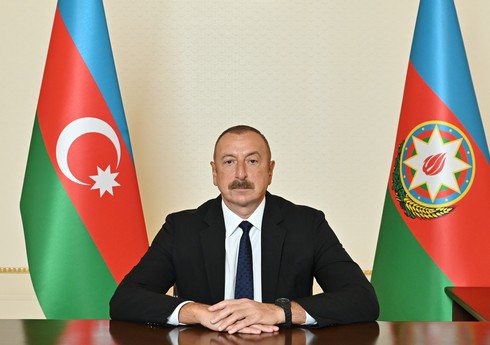 “Report” reports that Fergus Old, the ambassador of the United Kingdom of Great Britain and Northern Ireland to our country, welcomed the head of state.

Then the head of state talked with the ambassador.

President Ilham Aliyev: It is a very sad event. But no one can change the laws of life. Once again, I want to express my condolences to the British people.

Ambassador: Thank you very much.

President Ilham Aliyev: I knew the Queen personally. I met him twice. For the first time, even before I was elected to the position of President, I was invited to Buckingham Palace in 1997, on the occasion of the Queen’s birthday. At that time, as the vice-president of SOCAR, such an invitation was sent to me. For the first time here, – of course there were many people there – we just got to know each other. After that, I had the opportunity to meet with Her Majesty the Queen during my visit to your country. He was a very kind person.

As you know, recently our delegation gave him a Karabakh horse on my behalf. Although he already had certain health problems, he personally accepted the gift. There is also information about this. He is a very nice person, a great figure and, of course, first of all, a historical figure who is a symbol of Britain. I offer my condolences on behalf of the people of Azerbaijan.

I have also sent a congratulatory letter to the King. I also showed in the letter that I am sure that our relations will continue to develop successfully. Because in many areas we have really reached close relations and I hope that these relations will expand even more in the near future.

At the end, a commemorative photo was taken.

President of Azerbaijan Ilham Aliyev shared on the occasion of November 8 - Victory Day. “Report” informs that in the tweet of the head of ... Read More

The opening plenary meeting of the “European Political Union” Summit has started in Prague, and President Ilham Aliyev is participating in the meeting

On October 6, the opening plenary session of the "European Political Union" Summit began in Prague, the capital of the Czech Republic. "Report" reports that ... Read More

"Azerbaijan is happy that under the leadership of the President, Supreme Commander-in-Chief Ilham Aliyev, it has overcome the historical challenge, was reborn as a nation ... Read More

NEWER POSTPresident of Azerbaijan: “All responsibility for the provocations lies with the political and military leadership of Armenia”
OLDER POST“Freiburg” extended the contract with the goalkeeper