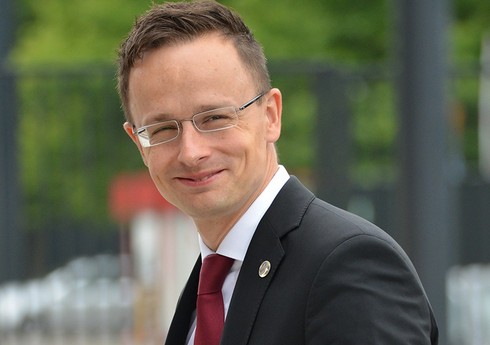 Hungary plans to connect to green electricity supply from Azerbaijan.

ReportThe Hungarian press reports that this was stated by the country’s Minister of Foreign Affairs and Trade, Peter Szijártó.

According to him, Baku will supply energy to Georgia, and from there the energy will go to Romania.

“Azerbaijan will produce a large amount of green electricity, which will be supplied to Georgia, and from there to Romania through an underwater pipeline. And we agreed that Hungary should join this ambitious plan, because the project needs the participation of at least two member states to get EU support. Thus, it will be possible to provide Hungary with green electricity that we can partially use and partially act as a transit route,” Szijárto emphasized.

According to Hungary’s Minister of Foreign Affairs and Trade, participation in this scheme will enable Budapest to achieve its carbon neutrality goals. He also added that in the near future the parties are preparing to study the option of a joint agreement on this issue.

“The current situation clearly shows the importance of discovering new energy sources and their inclusion in the supply. From this point of view, one (and in the short and medium term perspective, if not the only, but the most important) partner is Azerbaijan”, Siyarto concluded his thoughts.

In Azerbaijan, the “Request on radio interference” service has been electronicized

Created by "AzInTelecom" LLC for the purpose of obtaining the electronic services of the institutions included in the structure of the Ministry of Digital Development ... Read More

Additional measures will be taken to develop Internet infrastructure in Azerbaijan