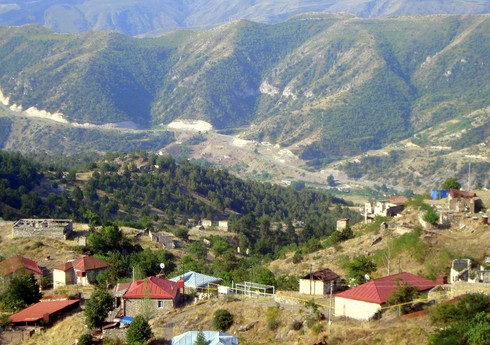 “Azerbaijan managed to achieve a historic victory thanks to its strong army, determined political will and high-level state management. The liberation of the city of Lachin, as well as Zabukh and Sus from the invaders, is an indication of Azerbaijan’s strength and determination. However, we will never forget that our lands were under Armenian occupation for many years.”

“As a nation, we should know the reasons why our impregnable fortresses and homelands were invaded. In these solemn days, we should remember our painful past for a lesson. Thus, in the early 1990s, quite serious gaps were allowed in the administration of the Azerbaijani state. Our national strength was not directed against the Armenian occupation, but towards internal political strife. Violence, chaos, intrigues within the society reached such a level that civil war started in Azerbaijan, ethnic and regional separatism broke out,” the deputy added.

He said that the political authorities of that time became parties to this intrigue and conflict:

“Foreign policy and diplomacy were removed from being a means of defending national interests and turned into a tool that made Azerbaijan enemies. The army was completely disbanded and turned into paramilitary groups of individual “politicians”. This was undoubtedly the result of the incompetence of the political authorities of that time, their lack of knowledge of management, and at the same time, their inability to cope with the geopolitical processes taking place in the world.

“Look, such historical mistakes that were made led Armenians to occupy 20 percent of our lands – Lachin and other areas we are talking about today. Our people were condemned to bitter defeat for 30 years. But today, we have restored our territorial integrity thanks to proper and purposeful management, foreign policy that serves our national interests, strategic foresight and military-political determination. This is a great historical victory and a good lesson to learn from our past. This is a celebration of people-government unity and proper administration,” Hikmet Babaoglu added.

The commander of the army corps, Major General Kanan Seyidov reported to the Commander-in-Chief of the Armed Forces, President Ilham Aliyev, about the location of ... Read More

Our positions in Kalbajar and Lachin came under fire

Our positions in Kalbajar and Lachin came under fire again. About it "Report"It was reported by the Ministry of Defense. The positions of the Azerbaijani ... Read More