Head of Department of the General Prosecutor’s Office: “67 warnings were issued this year, more than 250 proceedings were initiated” 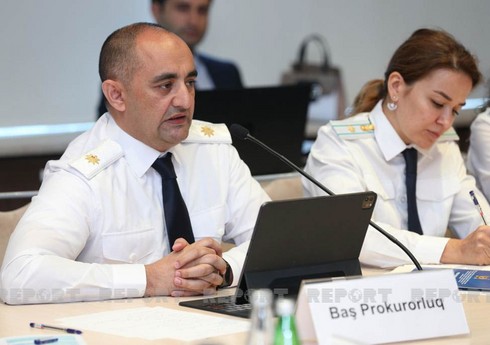 “During this year, 67 warnings were issued and more than 250 proceedings were initiated. The vast majority of these figures have no connection with the mass media and the media.”

According to him, these are mainly related to environmental protection and labor violations.

"The management of the Ministry of Health created depots in a place with special conditions for the study, examination and subsequent storage of skeletal remains ... Read More

An emergency department was opened at the Clinical Medical Center

In the Clinical Medical Center operating under TABIB, an Emergency Medical Department meeting the most modern medical standards has been established on the basis of ... Read More

In Turkey, armed men attacked the police department and there were injuries

There was an armed attack on the police department in Mezitli district of Mersin, Turkey. “Report” "Haber Global" reports that two police officers were injured ... Read More