Harry Kane scored the jubilee goal in the English championships 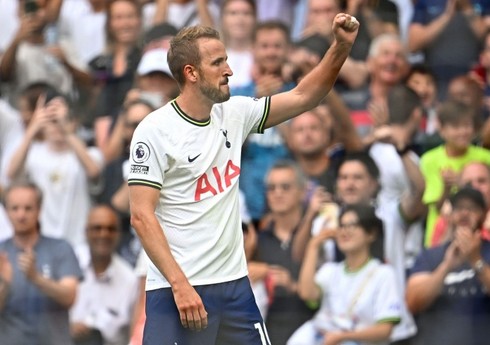 “Report” Referring to “Opta Sport”, the 29-year-old forward scored his jubilee goal in the fourth round match of the Premier League against “Nottingham Forest”.

The English player, who scored in the 5th minute, is the author of the only ball in the match so far.

It should be noted that 186 of the 200 goals were scored in the Premier League, 9 in the Championship, and 5 in the I League.

An early goal was scored in the return match of the first qualifying round of the UEFA Champions League held in Baku between "Qarabag" and ... Read More

The goal of Azerbaijan in Islamiad has been announced

The Azerbaijan national team will participate in the 5th Islamic Solidarity Games to be held in Konya, Turkey, with a fairly large team. "Report"According to ... Read More

“Neftchi” scored the third goal in the game against “Aris”.

The third goal was scored in the return match of the second qualifying round of the UEFA Conference League held in Baku between "Neftchi" and ... Read More