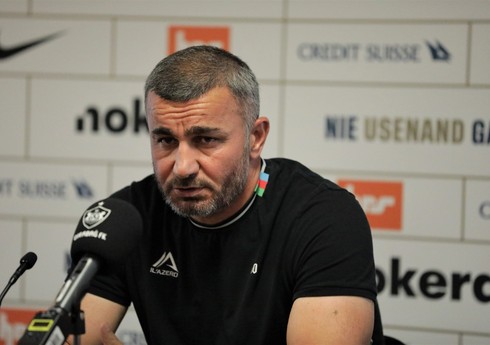 “A lot can be said about this game and my players. I hold them in my arms, I congratulate each of them. We saw not only a game, but a good fight, confident people worthy of “Karabakh”. There was a strong team on the field.”

“Report”According to the information, this was said by the head coach of “Qarabag” Gurban Gurbanov at the press conference after the return match of the second qualifying round of the UEFA Champions League, where they drew 2:2 against “Zurich” in Switzerland.

“Club of Pharmacists”: “The situation in the field of pharmacy is not satisfactory”

"The situation in the field of pharmaceuticals in Azerbaijan is not satisfactory". "Report" reports that this was stated by the Chairman of the Board of ... Read More

Two-time winner of Islamiada: “After playing on the field, we realized that we are stronger than Mali”

"When we reached the final, there were a lot of emotions, there was excitement. Of course, after we appeared, the excitement was behind us and ... Read More

At the invitation of the German Energy Agency (DENA), the management of "Azeristiliktehizat" OJSC visited Germany to exchange experience on the topic of "Sustainable Cities: ... Read More

NEWER POSTThere was a car accident in Agstafa and there are injured people
OLDER POSTMacron accused Russia of starting a “world hybrid war”.