Gurban Gurbanov: “We got a lot from the match against Zurich” 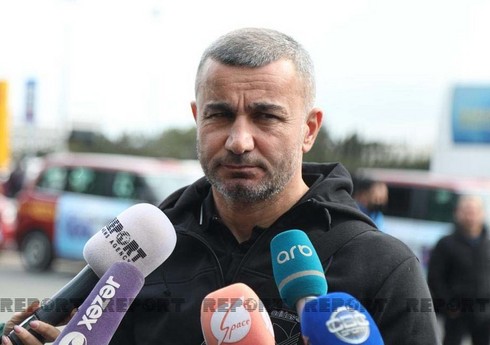 “Once again, I want to congratulate my players. Although the first minutes were unexpected, we recovered later and played the match as we thought until the end. In the end, we got another blow and regrouped. This made me very happy.”

“Report”According to the information of “Qarabag”, the head coach of “Qarabag” Gurban Gurbanov said this in his statement to journalists at the Heydar Aliyev airport after the return match of the 2:2 draw with Switzerland “Zurich” in the second qualifying round of the UEFA Champions League.

The 50-year-old specialist said that such games make the team grow: “It showed once again that football is played until the final whistle and we have to fight until the end and trust each other. The result is right, we got a lot from this game as a club. It is useful for our future. will be”.

"When we went out to warm up before the game, we heard about the anti-terrorist operation. May God have mercy on our martyr." "Report"According to ... Read More

Gurban Gurbanov: “Negotiations were going on with 3-4 players, but it didn’t work out”

"Negotiations were going on with 3-4 players. But it didn't work. We will prepare for the upcoming matches with the players we have." "Report"According to ... Read More

NEWER POSTBefore the “Neftchi” – “Aris” match, the children of martyrs came to the field
OLDER POSTThe new structure of ANAS and the number of employees will be approved in the next three months