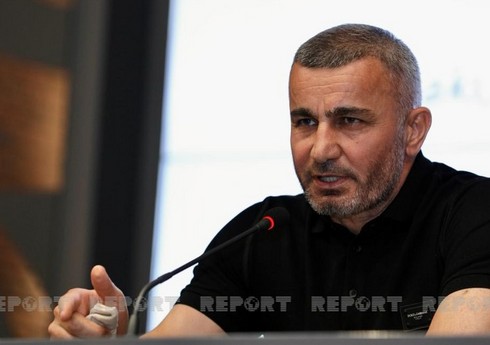 “It is a very important game. Maybe we played such matches in the 3rd-4th stage in previous years. This time, a decent team fell in the first round. We felt the strength of the opponent in the match in Poland.”

“Report”According to the information, this was said by the head coach of “Qarabag” Gurban Gurbanov at the press conference before the return match of the first qualifying round of the UEFA Champions League, which they will play at home against “Lex” of Poland.

It should be noted that the match to be played at Tofig Bahramov Republican Stadium on July 12 will start at 20:00. In the first game in Poznan, “Qarabag” lost to its opponent with a minimal score – 0:1.

"I am very satisfied with my team. We were playing against a tough opponent. All our matches were at the playoff level. We suffered a ... Read More

Gurban Gurbanov: “Even if we won, it is not easy to talk”

"Even though we won, it's not easy for me to talk." "Report"According to the information of "Qarabag", the head coach of "Qarabag" Gurban Gurbanov said ... Read More

Gurban Gurbanov: “The result was very important for us”

"It was an interesting game. The fans enjoyed the match. The result was important for us." "Report"According to the information, this was said by the ... Read More