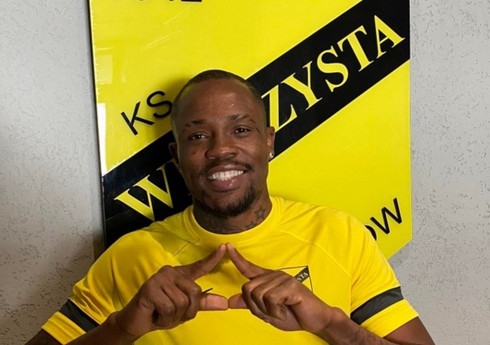 Former football player of “Karabakh” and “Neftchi” Donald Gerye explained the reason for his transfer to the “Vechista” team, which plays in the III league of Poland.

“Report”according to the information, the Haitian midfielder said that he took this step to maintain his physical form.

The 33-year-old player said that after leaving Cyprus “Apollon” he could not get the transfer document on time: “Although I negotiated with many clubs, the transfer did not take place due to that document. It was important for me to stay in shape and be ready for the next transfer window. Therefore “I chose to sign a 6-month contract with a lower league club. Because I take my career very seriously, I couldn’t stay without training as a professional footballer, and this choice was mandatory.”

It should be noted that Donald Gerye was transferred to “Neftchi” after protecting the honor of “Karabakh” in 2017-2019. He also spent the first half of the 2020/2021 season in the Aghdam club.