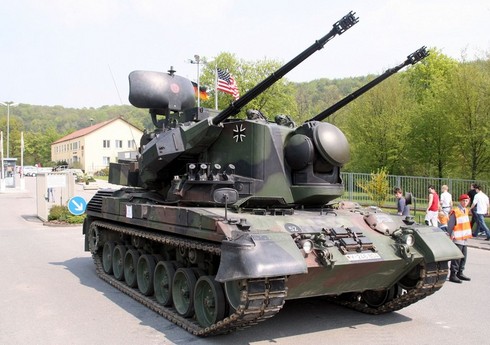 “This is only part of the weapons that Germany wants to give us. In total, we need to buy 15 German “Gepard”.

He also noted that the Ministry of Defense of Ukraine is negotiating with friendly countries to include modern tanks, including “Leopard” and “Abrams” in its arsenal.

Swedish Ambassador to Belarus Kristina Johannesson was summoned to the Ministry of Foreign Affairs of this country. "Report" reports with reference to foreign mass media ... Read More

The ambassador to Azerbaijan, who met with the Iranian Foreign Minister, gave a report to the minister

As part of his business trip to Turkey, Azerbaijani Foreign Minister Jeyhun Bayramov gave an interview to leading media agencies of Turkey. About it "Report"a ... Read More

NEWER POSTA mine exploded on the Turkey-Armenia border, one person was injured
OLDER POSTIn Gakh, 10 kg of drugs were taken out of circulation, 5 people were arrested