“Garabagh” legionnaire: “We played against a very good team” 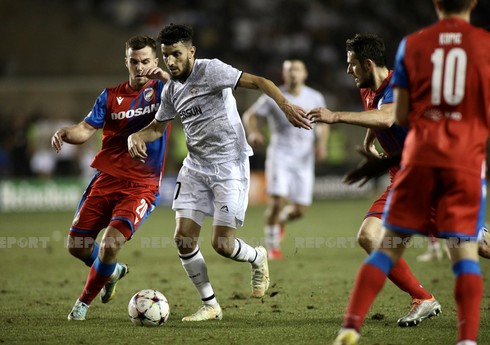 “We played against a very good team.”

“Report”according to the information of “Qarabag” football player Abdullah Zubir told reporters after the first game of the UEFA Champions League playoff stage, where they drew goalless with the Czech team “Victoria” (Plzen) in Baku.

The 31-year-old midfielder said that the match was difficult: “The opponent is physically strong. We tried to show our game. But it was not so easy. I believe that we will get a better result on the trip. We will go to Pilsen with great enthusiasm and try to win there by doing our best. “.

Zubir said that they deserve to play in the group stage of the Champions League: “The progress of the opponent to this point shows his strength. We want to achieve our goal by winning the trip.”

It should be noted that the return match, which will be played on August 23 at “Dusan Arena” in Pilsen, will start at 23:00 Baku time.

Footballer of “Ferenstvaroş”: “Garabagh is a strong team”

"We will face a very strong team." "Report"according to the information of "Ferenstvaros" football player Balint Vechei said this at the press conference before the ... Read More

"A lot can be said about this game and my players. I hold them in my arms, I congratulate each of them. We saw not ... Read More

The "Freiburg" club, one of the opponents of "Qarabag" in the group stage of the UEFA Europa League, played its next game in the German ... Read More