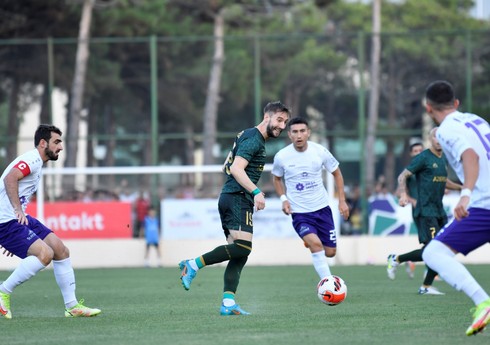 Another game of the II round was held in the Azerbaijan Premier Football League.

“Report” reports that in the first match of the day, the national champion “Karabakh” was the guest of “Sumgait”.

The match at “Kapital Bank Arena” ended with the victory of “Kohlen Atlar” – 2:0. The goals of the team were scored by Musa Gurbanli in the 90th + 4th minute and Filip Ozobich in the 90th + 8th minute.

Aghdam club increased the number of points to 6, while the representative of “city of youth” remained without points after two games.

It should be noted that “Sabail” will host “Turan Tovuz” in the other game of the day. In the opening match of the tour, “Sabah” defeated “Zira” away with a score of 3:1. The tour will be concluded with the matches “Gabala” – “Shamakhi” and “Neftchi” – “Kepaz” which will be held on August 14.

The VII round of the Azerbaijan Premier Football League has been concluded. "Report"According to the information, in the second match of the day, "Qarabag" was ... Read More

"Fehervar" of Hungary, who will face "Gabala" in the second qualifying round of the UEFA Conference League, played a test match. "Report"according to the information, ... Read More