“Gabala” head coach: “Nothing is lost yet” 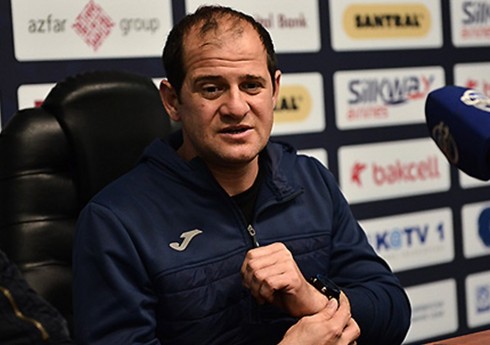 “We watched two different halves. I was satisfied with the team’s game.”

“Report”“Gabala” head coach Elmar Bakhshiyev said this in his statement to “CBC Sport” after the 4th round match of the Azerbaijan Premier League, where they lost to “Sabah” 0:2 at home.

The 42-year-old specialist said that both sides fought well: “The season is long, nothing is lost yet. We will continue to fight, sticking to our style of play.”

Bakhshiyev, who was out of the country for the Pro category during the week, said that this factor did not play any role in the defeat: “We are a professional team. There are specialists in the team who can replace me. Sadaj decided the fate of the game with the first goal conceded.”

He also explained the reason why defender Murad Musayev did not appear: “He had a micro injury. We did not want to risk it.”

The head coach also touched on the transfer issue: “We will continue with this team. But anything can happen.”

The Russian club "Khimki" has parted ways with its head coach Sergey Yuran. "Report" referring to the local press, this was reported by Roman Teryushkov, ... Read More