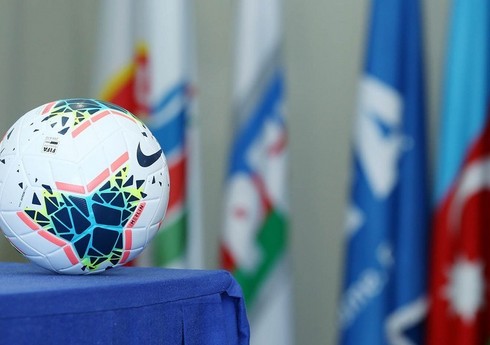 Today, 2 more games of the III round will be held in the Azerbaijan Premier Football League.

According to “Report”, the first match of the day will be in Gabala. “Kepaz” will host “Gabala” in the field of the opponent, as the stands of the Ganja City Stadium are in a state of emergency. Currently, the “red-blacks” are on the 3rd place of the tournament table with 6 points. The “yellow-blues” without points are 9th.

The two teams have met 20 times in the national championship so far. “Kepaz” won 6 of them, “Gabala” won 9. A draw was recorded in 5 matches. The ratio of balls is also in favor of the team led by Elmar Bakhshiyev – 25:17.

The eponymous representative of Gabala has won the last 3 games. Ganja club did not score in the last 2 matches.

In the other match, “Zira”, which is in the 5th place with 3 points, will challenge the scoreless outsider “Sumgait”. This will be the 28th duel of the parties in the national championship. 14 of the previous meetings ended in favor of the “eagles” and 6 of the “youth city” representatives. The winner was not determined in 7 matches. The guests responded with 21 balls to the 35 goals of the home team.

“Zira” has won the last 4 games. “Sumgait” has not scored in the last 6 matches.

It should be noted that in the previous 2 games of the tour, “Shamakhi” drew 1:1 at home with “Sabail”, while “Neftchi” lost to “Sabah” – 1:2. The match between “Turan Tovuz” and “Qarabag” of the 3rd round was postponed due to the fact that “Kohlen Atlar” could better prepare for the return match of the UEFA Champions League playoff stage, which will be played against “Victoria” (Plzen) team in the Czech Republic.

The second round of the UEFA Europa League group stage will start today. According to "Report", a total of 15 meetings will be held in ... Read More

In Sri Lanka, which is experiencing the worst economic crisis in its history, 6.3 million people (more than 28 percent of the total population) suffer ... Read More

The second qualifying round of the UEFA Champions League will be concluded today. According to "Report", 6 more return matches will be held on the ... Read More