Forest fires in Turkey have reached the resort area 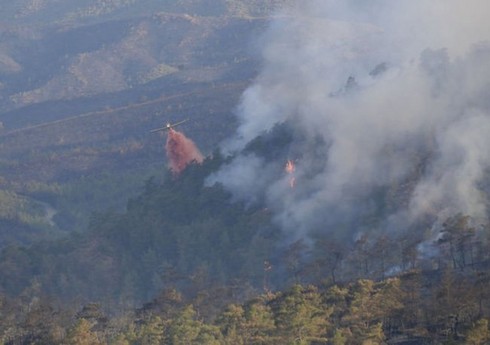 Forest fires have reached the resort area in the famous tourist city of Marmaris in the south-west of Turkey.

“Report” it is reported with reference to the Turkish press.

The fires spread to the territory of one of the hotels located near the forest and destroyed several buildings.

Mehmet Oktay, chairman of Marmaris municipality, said that all employees of the hotel and nearby facilities were evacuated.

Seven helicopters and five planes were involved in fighting the fire.

"When the Civil War started, I was in military service. From there, I participated in active battles as part of the intelligence unit." This “Report”23-year-old ... Read More

A fire incident occurred in a forest area near Kish village of Sheki region. The press secretary of the Ministry of Ecology and Natural Resources, ... Read More