Finland’s Prime Minister, whose entertainment footage has been released, has passed a drug test

Finland’s Prime Minister Sanna Marin, who sparked wide discussions with her entertainment videos at the party she attended a few days ago, passed a drug test.

“Report” informs about this with reference to foreign press.

According to information, Marin announced at his press conference that he passed a drug test to protect his rights.

Marin said that the results of the test will come out in a week, stressing that he drank alcohol with his friends and said that he did not use drugs.

The prime minister defended his fun at the party, saying that he did not have an official meeting on the weekend, he was just spending time with his friends and did not commit any illegal actions.

“It must be accepted that sometimes the decision-makers also dance, sing and have fun”, – Sanna Marin stated that the public’s opinion about the images is the people’s decision.

It should be noted that these days, footage of the Prime Minister dancing with a man was leaked to the public. The videos of the Prime Minister having fun with Finnish celebrities, including MP Ilmari Nurminen and TV presenter Tinni Vikström, became the national agenda. The footage sparked controversy on social media, with some criticizing Mari for acting irresponsibly, while others pointed out that it boosted the 36-year-old Prime Minister’s popularity.

In the videos, it was noticed that Mari danced wildly with her friends, sang songs, and people shouted “cocaine” in the background.

Mikko Karna, MP from the Center Party, who is Mari’s coalition ally, called on the Prime Minister to undergo a drug test and announce the results to the public on his Twitter account. 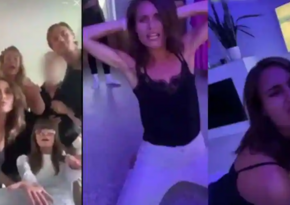 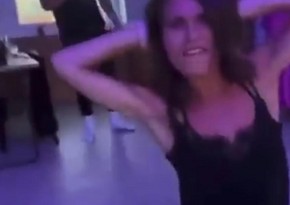 5 people suspected of illegal drug trafficking were detained in Bilasuvar

As a result of the continuous operation and search measures carried out by the Bilasuvar District Police Department (RPS), 5 people suspected of illegal drug ... Read More

Last month, 61 people were detained in Sabunchu for drug, theft and robbery crimes

By employees of the Sabunchu District Police Department, regional police departments and divisions During the operations in the region in July, the total number of ... Read More

The US has approved the most expensive drug in the world worth 2.8 million dollars. "Report" informs with reference to "Reuters" that the product named ... Read More

NEWER POSTZelensky: “We will not leave any Russian missile attack unanswered”
OLDER POSTThe death toll from floods in China has increased