“Fenerbagcha” rose to the leadership with a confident victory 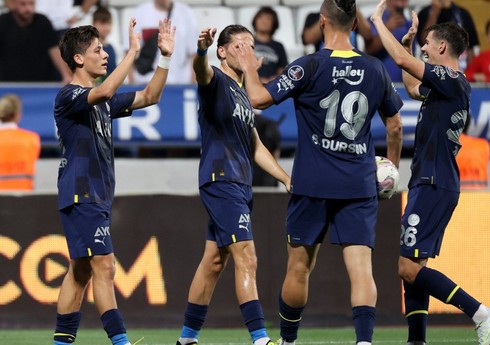 The third round of the Turkish Super League has been concluded.

“Report”according to the information of “Fenerbagh” received “Adana Demirspor” in the closing game. The match at “Ulker” stadium ended with a 4:2 victory of the hosts.

The Istanbul representative opened the score in the 21st minute. Enner Valencia scored from the penalty spot. The Ecuadorian striker scored his and his team’s second goal in the 41st minute. In the 48th minute, Miha Zayts invited the opponent to the center of the field for the 3rd time. In the 55th minute, Yunes Belhan from Adana replaced one of the missed goals. In the 66th minute, Artyom Dzyuba, the new transfer of the guests, reduced the difference to a minimum. In the 83rd minute, the Ukrainian defender of “Adana Demirspor” Yaroslav Rakitsky was sent off the field with a red card. The last point in the game was scored by Ezcan Alioski of the 84th “yellow and blue” team.

After this victory, “Fenerbagha” increased its points to 7 and became the leader. “Başakşehir” and “Beşiktaş”, which are ranked 2nd and 3rd, have the same points. “Adana Demirspor” with 6 points remained in the 5th place.

President of Azerbaijan: “All responsibility for the provocations lies with the political and military leadership of Armenia”

President Ilham Aliyev noted that Azerbaijan has taken measures to respond to these provocations by Armenia and that the political and military leadership of Armenia ... Read More

NEWER POSTA 42-year-old woman was stabbed in Absheron
OLDER POSTChina’s purchase of oil, gas and coal from Russia has reached a record volume